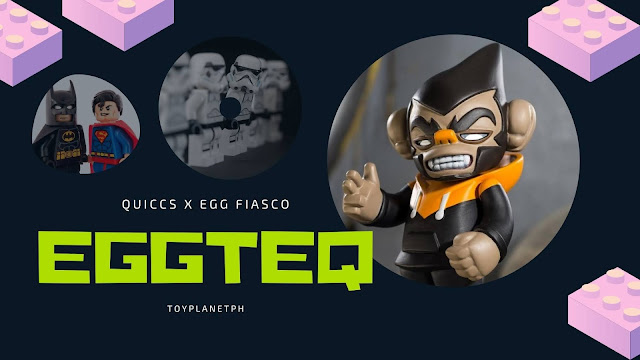 EGG TEQ's body and frame is still a TEQ63 resin but the primate head was designed and sculpted by Egg Fiasco himself with his famous mad Monkey creations making this crossover a unique piece of art worth collecting.

The EGGTEQ stands at 6-inches which arms and head are articulated and is limited to 99 pieces only.

This 6-inch EGGTEQ retails for $150 USD and was officially release in Hidden Fortress site, and will be shipped by November to December of this year. It went live at around 10PM Manila, today 9/27, but got sold out in just minutes.